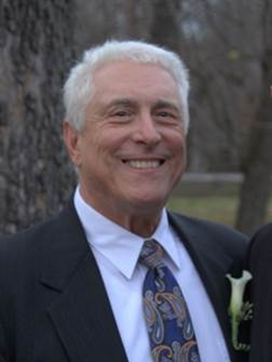 NACCHO is pleased to recognize Dr. Marty Wasserman, MD, JD, as the recipient of the 2017 Maurice “Mo” Mullet Lifetime of Service Award. This award honors current or former local health officials for noteworthy service to NACCHO that has reflected the commitment, vigor, and leadership exemplified by Mo’s distinguished career. For nearly 40 years, Dr. Marty Wasserman has proved his commitment to public health through leadership positions in service of medically underserved communities.

During his tenure as NACCHO President from 1988 to 1992, membership and funding doubled and the organization created several “named” leadership awards to recognize deserving public health officials. In 1990, through collaboration with the Centers for Disease Control and Prevention, Dr. Wasserman helped to develop NACCHO’s first National Profile of Local Health Departments. While serving as NACCHO Board Treasurer, he helped jump start NACCHO’s work in environmental health by securing a contract with the Agency for Toxic Substances and Disease Registry. Dr. Wasserman worked with Dr. Maurice “Mo” Mullet to initiate NACCHO’s annual conference and developed resources to better align local health department nomenclature and services. Under his leadership, NACCHO’s visibility increased, which helped the organization better represent its members’ work in promoting wellness and preventing disease.

Before Dr. Wasserman was elected NACCHO President, he served as County Health Director in Arlington, VA, from 1978 to 1987. He subsequently served as local health official in Montgomery and Prince Georges Counties, Maryland until 1994 when he became Maryland Secretary of Health and Mental Hygiene. Currently, Dr. Wasserman is the Medical Director at Provider Resources, Inc., where he works on projects that aim to eliminate early elective deliveries and reduce central line infections to newborns.

NACCHO: Tell us about your career path in local public health.

I started in Arlington, VA shortly after completing my pediatric training, a tour in the Indian Health Service, and law school. I was interested in securing a leadership position outside of clinical medicine in public health and was soon offered a position as director of human resources that included the health department and social services which allowed me to merge health and social services to better serve the public. In that position I learned a lot about diversity. Early in my career as Health Director in Arlington County (VA), I was faced with addressing a tuberculosis outbreak among the Vietnamese immigrant population. Navigating the cultural and legal landscape for successfully tackling that public health issue was a valuable learning experience. During my time in Arlington County, many programs were implemented to address a number of public health issues like HIV/AIDS, domestic violence, and homelessness. In addition, we developed one of the earliest hospice programs in the country.

Eventually I took a position as Health Director in Montgomery County, MD. When several obstetricians decided to stop delivering our county maternity patients, I worked with the hospitals in the county, other obstetricians, the county executive, the governor, and the state legislature, to create a program which allowed us to hire physicians temporarily as county employees and protect them from liability in return for serving indigent pregnant women. For this effort, we received the Ford Foundation and John F. Kennedy School Innovations Award.

After my time in Montgomery County, I transitioned to Health Director in Prince George’s County, MD which had the largest majority population of African Americans in the nation. We established a health center in that section of the county, adjacent to Washington D.C. That is when I first met George Benjamin, the current director of the American Public Health Association who, at that time, was the Commissioner of Health in Washington D.C. We both realized that this area in both of our jurisdictions struggled with the same health problems and we began a series of collaborative efforts that continued beyond both of our tenures in these two positions.

In 1994, the Governor appointed me to serve as Secretary of the Maryland Department of Health and Mental Hygiene where we developed many tobacco control programs and created Health Choice and the Children’s Health Insurance Program, our Medicaid-managed care effort. We also focused on several initiatives related to data collection, analysis, and reporting.

NACCHO: What are you most proud of accomplishing during your tenure as NACCHO President?

During my time as NACCHO President, we had a Board that consisted of several terrific people. As NACCHO expanded, we watched the membership grow, the budget increased, and a number of these board members later served as NACCHO Presidents. I was very fortunate to have been able to work with so many competent leaders in local public health. Helping to build NACCHO’s organization and creating a powerful group of local health departments is something I’m very proud of. During this time we contracted for NACCHO’s first environmental health grant from the Agency for Toxic Substances and Disease Registry which helped launch NACCHO’s efforts in environmental health matters.

NACCHO: As Secretary of the Maryland Department of Health and Mental Hygiene, you developed several initiatives related to data collection, analysis, and reporting. You were also instrumental in developing NACCHO’s definitive National Profile of Local Health Departments study. How has the availability and use of data changed over the course of your career and how can LHD leaders strategically use data to improve public health today?

I’ve always believed that knowledge and information were very powerful. Having accurate data gives us the ability to make appropriate and informed decisions. Having an analysis of gathered data and information gives us a leg up against competition. Professionals in public health know that there’s never enough money to address all the issues in this field, so having data allows one to be able to set goals and objectives, track and monitor programs, and provide continuous quality assurance. Having data grants organizations the opportunity to hold programs accountable, regroup and review the issues, and make modifications to get the preferred outcomes. The most relevant example today, I believe, is the opioid epidemic. Data has sufficiently increased over the past several years as it relates to the number of overdoses, deaths, visits to hospitals, and number of prescriptions written. This data can be used to educate healthcare professionals and the public and develop evidence-based initiatives to deal with this problem.

NACCHO: In your nomination, your colleague mentioned you tell it like it is and do not dwell on political correctness. How have you navigated the sometimes tricky political issues that health department leaders encounter?

Sometimes dealing with political issues in this field isn’t always easy. I’ve always tried to be honest and hardworking. I’m dedicated to the work that I do and the population that I serve. As a health director, I was responsible for examining the health of that community, gathering data, and determining what steps to take when addressing public health concerns. Putting assessment, policy, and assurance into everyday practice guide the actions of those of us in local public health. We then bring this information to our county councils or boards of health to gain support for present and future public health needs in the community.

When there were political issues, people were aware that I had done extensive research and always tried to adequately serve my population. I think they respected those efforts and provided a little freedom when I had to bring controversial issues before them.

NACCHO: What value have you found in being a NACCHO member?

NACCHO provides so much support for local public health. When dealing with things such as natural disasters, outbreaks, and prevention efforts, NACCHO has provided public health officials with a wide range of effective and up-to-date resources to help communities across the nation. Getting essential information out to print and broadcast media has helped communities in a tremendous way with receiving the necessary guidance for responding to and preparing for emergencies and addressing public health issues. NACCHO has and will continue to be an excellent resource for local health departments.

NACCHO: What does winning the Mo Mullet Award mean to you?

I had worked very closely with Mo for a number of years. I had the utmost respect for him. His integrity is unmatched. Although he was extremely professional and passionate about his work, Mo did like to have fun. He was a huge Ohio State supporter and established teaching programs for medical students and alumni. But his love of Buckeye football was unsurpassed. One year, he and Phyllis invited Barbara, and me to see a big ten football game. It was very exciting! To receive an honor in his name and to be honored by your peers is something that I will treasure for the rest of my life. I thank NACCHO and its members for choosing to honor me this way and Mo for his service and accomplishments.

NACCHO: What advice would you give to young professionals just starting their careers in local public health?

Any career serving others is very rewarding but having the opportunity to help serve your community and improve lives at the same time is both exciting and challenging. I believe local public health is a calling that provides immense personal satisfaction. I’ve loved every minute serving as a local public health official and know that these words reflect the feelings of all those who have had a similar opportunity.