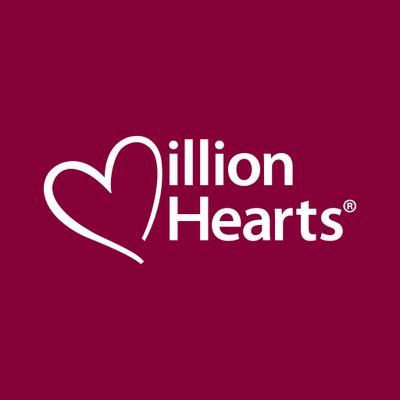 Black churches are answering the call to action to reduce racial and ethnic health disparities associated with cardiovascular disease by establishing Policy, System and Environment (PSE) changes. Through an expanded partnership with the Omaha Million Hearts® 2022 in Municipalities Project, the Omaha faith-based community will be able to sustain efforts in reducing cardiovascular disease.

Challenge
In Omaha, blacks are likely to die from heart disease far more than whites. According to the 2016 Douglas County Age-Adjusted Vital Statistics data, the county’s minority population bears the greatest burden of chronic disease, leading to higher death rates than other populations. The heart disease death rate for African Americans exceeds the county rate of heart disease (161.7 vs. 121.2 deaths per 100,000), while African American males exceed the U.S. rate (222.4 vs. 173.7 deaths per 100,000).1 Obesity reduction promotional efforts were lacking in East Northeast Omaha, and lack of a coordinated effort among health entities and local communities serving predominately African American populations had not been widely established.

Congregation by congregation, churches can do their part in addressing health disparities throughout the community while promoting physical activity. According to Doris Lassiter, Director of the Omaha Million Hearts Initiative, “It takes strategic partnerships with grassroots communities to address health disparities, and churches are excellent resources for consistently implementing activities associated with effective health and wellness policies.”

Results
Four churches of the New Era Baptist State Convention of Nebraska were successfully recruited through the Million Hearts Collaborative, affecting over 1,200 members. Under the guidance of the program, churches have adopted policies to develop and sustain formal Health Ministries, led by trained faith-based community health workers. The Health Ministries have designed and implemented annual plans to address health and wellness activities, with specific emphasis on cardiovascular disease reduction. They have also formed joint-use agreements with schools to use their tracks for walking clubs. This summer, churches collaborated with partners to provide a weeklong vacation bible school sports challenge attended by over 156 youth and 120 volunteers. In September, churches will partner with Creighton University for an annual physical activity day, where members will walk a mile and participate in group exercises including Zumba and Mixed Fit. Wellness activities and healthy messages are communicated to church members via weekly bulletins, newsletters, websites, videos, and outdoor signage.

The New Era Baptist State Convention of Nebraska – the largest African American organization in the state – strongly supports the Million Hearts in Municipalities Project, and is working to address cardiovascular disease disparities in Omaha’s African American community. New Era’s president is encouraging all member churches to establish health ministries and adhere to the Million Hearts strategies to address cardiovascular disease by decreasing health disparities, congregation by congregation. This effort will have an impact on over 8,000 predominately African American congregational members in Douglas County. Using Million Hearts resources and recruitment in churches to address health disparities not only has a positive effect on the local churches, but also provides an effective model for leaders at national faith-based organizations to address health disparities.

For more information about the Million Hearts in Municipalities project, go to https://millionhearts.hhs.gov/, where you’ll find tools and protocols, data, and information on heart disease and stroke risks, consequences, and prevention strategies.
On September 6, the Centers for Disease Control and Prevention (CDC) released its Vital Signs report on Million Hearts® 2022, which emphasizes that small changes sustained over time can improve the nation’s cardiovascular health. The report offers public health, healthcare professionals, communities, and healthcare systems information on how they can coordinate efforts to keep people healthy, optimize care, and improve outcomes within priority populations.