On Friday, Feb. 21, two NACCHO preparedness and infectious disease staff attended the
Launch of the Global Health Security (GHS) Agenda, a briefing hosted by the UPMC Center for Health Security, the Center for Strategic and International Studies (CSIS), Connecting Organizations for Regional Disease Surveillance, Nuclear Threat Initiative (NTI), and the American Association for the Advancement of Science (AAAS). The purpose of this briefing was to bring together a broader, more diverse set of stakeholders to provide background on the GHS Agenda and discuss the role of non-governmental organizations, the scientific, technology, and academic communities, and security sector in implementing the GHS Agenda.

Several key messages resonated with NACCHO staff throughout the meeting, including how best to define the effort. According to the speakers, the GHS Agenda is:

Dr. Frieden told the audience when conveying the GHS Agenda to others, the fundamental message needs to be, “safer country, safer world.” He highlighted and compared SARS, other corovnaviruses, and measles as examples of global health threats and the improvements in technology (e.g. cheaper sequencing) and efforts (e.g. vaccination campaigns) that have improved prevention, detection, and response. Furthermore, he emphasized that the GHS Agenda is not intended to be a vague concept, but is rather one that focuses on three risks, three opportunities, and three priorities:

As an example of work the CDC is doing to improve disease detection and response, Frieden referred to a pilot project in Uganda. “By building strong global health security systems, we can improve health systems more generally,” Frieden said. Throughout his remarks, Frieden also expressed the need to increase GHS workforce, take a multi-sectoral approach, leverage technology in diagnostics (e.g., dipstick testing) and organization (e.g. video conferencing), and look for innovations and support them.

Laura Holgate indicated the GHS Agenda is “not some new strategy, but builds on existing work.” She tied the nine objectives back the IHRs and expressed that the GHS Agenda is meant to support the IHRs. Holgate also discussed that while the objectives are not quantitative, the White House will be looking to partners to develop metrics and indicators of success. A goal for the GHS Agenda is to “get to the point where outbreaks are recorded in real-time,” according to Holgate. She also mentioned the vital role for the NGO sector in GHS.

NACCHO staff also attended an NGO partners meeting on March 13 that the AAAS Center for Science, Technology, and Security Policy convened to discuss the roles that NGOs have in helping to achieve the objectives of the GHS Agenda. The partners, who represented public health, biosafety, biosecurity, academic, foundation, veterinary, and other global health sectors, explored opportunities and needs that the group could collectively address to advance the GHS Agenda. AAAS is summarizing the meeting discussion and determining next steps.

NACCHO has, on occasion, engaged in international dialogue and facilitated efforts to connect local health departments with international local public health agencies to share experiences and lessons learned around public health issues. The GHS Agenda offers new momentum and opportunities for NACCHO to build new and strengthen existing relationships with partners across the globe. NACCHO welcomes local health departments to share ideas and perspectives as it continues to expand its GHS portfolio. Read our prior blog post about the GHS Agenda to learn more. 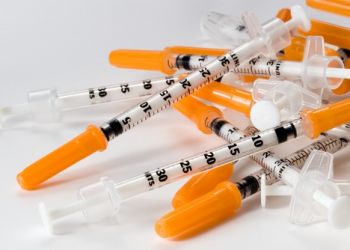 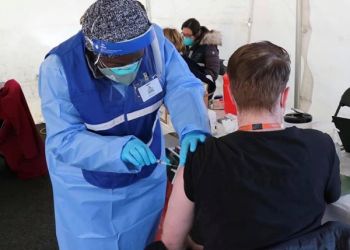