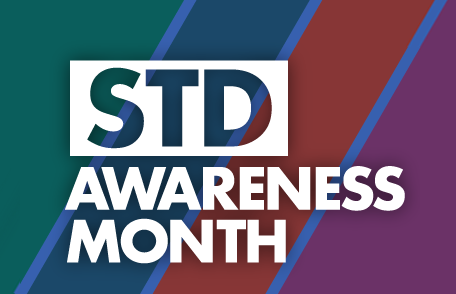 STD Awareness Month is an opportunity to raise awareness about Sexually Transmitted Diseases (STDs), also referred to as Sexually Transmitted Infections (STIs), with local health departments and with local and national policymakers, stakeholders, and the public. The National Association of County and City Health Officials (NACCHO), the voice of the nation’s nearly 3,000 local health departments is working diligently to support their members’ work to address rising STD rates across the country and to implement innovative projects, such as its Express STI Visits Initiative, to provide new ways to link individuals to testing and treatment.

“Local health departments work hard every day to reduce STD rates and improve health outcomes in their communities by testing for, treating, and ultimately, preventing STDs. This includes strong prevention and treatment messaging, as well as the essential work of disease intervention specialists (DIS) who are on the frontlines of efforts to disrupt the spread of STDs and prevent outbreaks,” said NACCHO Chief Executive Officer Lori Tremmel Freeman. “But as NACCHO’s research shows, they need more support—stagnant or decreasing resources are not enough, and local health departments and their partners need more resources to address these rapidly rising STD rates.”

While STD rates are quickly increasing, federal, state, and local resources have stayed the same or decreased, leaving public health systems strained, including local health departments. In 2017, NACCHO queried its HIV, STI, and Viral Hepatitis Sentinel Network and found that nearly one-third of local health departments reported anticipating budget cuts in the next fiscal year and the majority experiencing stagnant funding for STD programs at best.

As the latest Centers for Disease Control and Prevention (CDC) STD Surveillance Report shows, STD rates increased for the fourth consecutive year in 2017, and there has been a steep, sustained increases in the incidence of all three reportable STDs.

Gonorrhea diagnoses increased by almost 70% percent overall and nearly doubled among men. Increases in diagnoses among women — and the speed with which they are increasing — are also concerning, with cases going up for the third year in a row.

Primary and secondary syphilis diagnoses increased 76%. Congenital syphilis (transmitted from the pregnant person to the fetus) cases rose sharply with 918 cases in 2017, a number that has more than doubled since 2013. This included 64 reported stillbirths as a result of congenital syphilis (up from 41 in 2016).

Chlamydia remained the most common condition reported to CDC. More than 1.7 million cases were diagnosed in 2017, with 45% of cases among 15- to 24-year-old females. The preliminary data for 2018 sadly shows these trends continuing and a new CDC analysis suggests that gay and bisexual men are at higher risk for extragenital STDs (e.g. chlamydia or gonorrhea in the throat or rectum), which increases treatment difficulty, drug resistance, and the risk of HIV infection. While these STDs are treatable, if untreated, they can cause serious health consequences such as pelvic inflammatory disease, infertility, and stillbirth.

Throughout STD Awareness Month, NACCHO is highlighting each of CDC’s four STD Awareness campaigns: Syphilis Strikes Back, GYT: Get Yourself Tested, Treat Me Right, and Talk. Test. Treat. New blog posts are available each Thursday of April and will feature work that local health departments and NACCHO are doing around the country to address STDs.

For more information, read about our STD work and check out our STD policy statement.