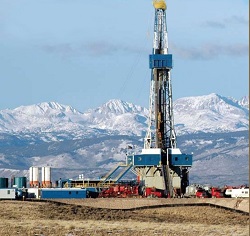 NACCHO has launched a new webpage to support its project on hydraulic fracturing—colloquially called fracking—and provide local health departments with the tools, resources, and education they need to protect the health of their communities. Resources will focus on the role local health departments play in fracking education, legislation, and oversight, as well as on news related to shale development across the nation.

Fracking is a method used to extract natural gas from underground shale formations. It is the act of using high-pressure machinery to inject water, chemicals, and sand into wells, thereby creating fissures in the rocks through which oil or natural gas can be released. This process raises concerns for public health, particularly at the local level, because of the possibility that toxins may get into the groundwater and sicken entire communities. Local health departments need to be aware of the potential health and environmental risks of fracking and should serve as stakeholders in the regulation process, as well as provide education to their communities on the issue.

News and events in recent months exemplify just how important it is for public health to have a voice and expertise in the fracking process and its effects on community health. The City of El Paso Department of Public Health, for instance, recently hosted RESOLVE, a non-profit public policy organization, to deliver “A Seminar on Shale Development.” Speakers from around the country provided insight into the shale development process, ways to identify stakeholders and develop partnerships, new legal developments related to fracking, effective policy implementation, and collaborative initiatives taking places throughout the country. The nearly 30 seminar participants included public health administrators, epidemiologists, medical doctors, poison control specialists, public health preparedness experts, first responders, and environmental services professionals. Speakers represented NACCHO, local health departments, and the oil and gas industry.

“(The) seminar was long overdue for the El Paso community, particularly given the recent related legislation passed in our state,” said Angela Mora, deputy health director for the City of El Paso Department of Public Health. “The information and evidence presented by guest speakers (motivated) our public health officials to continue serving as a conduit for our constituency on shale development facts, pros, and cons.”

The seminar was part of an effort on RESOLVE’s part to beta-test a new resource, Community Health and Shale Development Guidebook, which has since been released and is available for download. The guidebook seeks to educate local public health officials and other stakeholders on the health issues that could arise if fracking were to take place in their communities. A 2013 Wall Street Journal analysis determined that more than 15 million Americans live within a mile of a shale well that has been drilled since 2000, so it is critical that local health departments be involved in the process in order to ensure the health and safety of their communities. The guidebook provides information on the possible health issues that could arise, offers options for responding to challenges, cases studies for successful solutions, and a resource list.

Useful resources are also available at the federal level. Two reports released over the summer in particular provide local health departments with useful information on how fracking might affect community health.

Assessment of the Potential Impacts of Hydraulic Fracturing for Oil and Gas on Drinking Water Resources, produced by the Environmental Protection Agency (EPA), focuses on fracking’s impacts on drinking water, including: water acquisition, chemical mixing, well injection, flowback and produced water, and wastewater treatment and waste disposal. Both environmental advocates and the oil and gas industry considered the report evidence in their favor. Notable conclusions from EPA’s assessment include:

These reports establish the known health risks associated with fracking in terms of air and drinking water pollution, but the acceptable level of these risks is decided by policy makers and the communities where fracking takes place. A key word to note from EPA’s report is “widespread,” meaning a single fracking site may not harm the water resources of the entire region, but it might have a significant adverse impact on its immediate surroundings. The report does not reach a notable conclusion and more location-specific research may be needed to better inform decisions at the local level. As it stands, the fracking process has not been proven to be able to operate while maintaining the health of local drinking water resources. Therefore, it is imperative that local health department staff remain involved in any oil and gas industry activity going on in their communities. 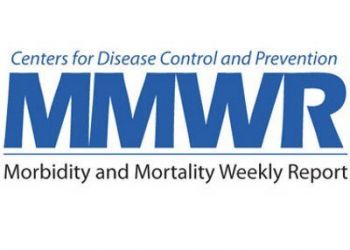