National Black HIV/AIDS Awareness Day (NBHAAD), observed annually on February 7, is a chance to get more involved in getting the word out that HIV is preventable and treatable. The HIV epidemic in the United States has a disproportionate impact on Blacks/Africans Americans, and in 2021, we are observing NBHAAD in the midst of the COVID-19 pandemic, which has inequitably harmed Black communities. On NBHAAD and every day, public health must come together to prioritize the health concerns of Black people.

Blacks/African Americans experience higher rates of HIV than any other race, comprising 42% of all new HIV diagnoses in the U.S. in 2018. One contributor to the inequities in both HIV and COVID-19 among Black/African Americans is medical mistrust. For example, Black people, specifically Black cis and trans women, experience compounded discrimination in healthcare settings based on both their race and gender, which has in part led to diminished access to and knowledge of highly effective tools to prevent and treat HIV.

Despite a high need for focused resources, the public health system has too often left behind Black people in services and outreach designed to reduce the transmission of HIV. Rates of HIV among Black cisgender women are 14 times higher than in white women and 5 times higher than Latina women, and an estimated 44% of Black transgender women are living with HIV. Meanwhile, prevention strategies such as pre-exposure prophylaxis (PrEP) have mostly benefited white men who have sex with men, who were six times more likely to receive PrEP than Black people of any gender in 2016. The impacts are clear: from 2014 –2018, HIV rates among white cis men fell at twice the rate of Black cis men. These examples of widespread inequities in HIV prevention are clear calls to public health officials, scientists, policymakers, and community leaders everywhere to take action against the systematic barriers to prevention and treatment continuing to drive today’s HIV epidemic.

The social and economic factors that have an impact on HIV outcomes in Black communities resonate across all of public health and are especially apparent during the COVID-19 pandemic. As the COVID-19 vaccine begins to roll out nationwide, early data already shows harrowing racial and ethnic inequities in vaccination rates, with Black people in many states representing a very low percentage of vaccinations while nationwide, Blacks/African Americans have died from COVID-19 at 1.5 times the rate of white people.

As health departments work overtime to combat COVID-19, public health has a critical opportunity to earn and keep the trust of Black/African Americans in their jurisdictions through tailored, community-based approaches to health communication and disease prevention.

On NBHAAD, NACCHO calls on local health departments across the county to adopt comprehensive HIV prevention, testing, and treatment strategies that center Black individuals and communities. Ending the HIV epidemic is not one-strategy-fits-all: public health departments need to partner with communities to understand and collaboratively address the health needs of Black people of all genders and sexualities. View and share the resources below to help further awareness of HIV prevention and treatment among Black communities; bust stigma around HIV; and say that We’re In This Together to end the HIV epidemic. 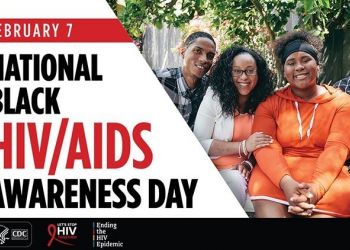 A new CDC Morbidity and Mortality Weekly Report (MMWR) found that in 2017,...

Article: The Roles of Incarceration and Police...

Recent study examines how incarceration and police discrimination are...

Article: The Roles of Incarceration and Police...

In honor of National Women and Girls HIV/AIDS Awareness Day (March 10), the...

The California Wellness Foundation has launched RoyalTea, a toolkit that uses...