April 18 is National Transgender HIV Testing Day (NTHTD)—a day to recognize the importance of routine HIV testing and status awareness, as well as HIV prevention and patient-centered care, for transgender and gender non-binary people. While we continue our work to end the COVID-19 pandemic, we must also continue to build on the progress we have made to end the HIV epidemic, including in the transgender community.

This year for NTHTD, in one of the most comprehensive surveys to date of transgender women in the United States (US), CDC released its first National HIV Behavioral Surveillance (NHBS) report that focuses specifically on HIV among transgender women (NHBS-Trans). The report includes data on HIV prevalence, behavioral risk factors, HIV testing, access to care and other social determinants of health, and the use of HIV prevention services among transgender women. These data are critical for addressing gaps in HIV prevention and care efforts for transgender people and monitoring trends over time.

CDC’s NHBS-Trans report found that 42% of transgender women surveyed in seven major US cities have HIV. The report also found racial and ethnic differences in HIV rates among respondents—62% of Black/African American transgender women and 35% of Hispanic/Latina transgender women surveyed have HIV, compared to 17% of White transgender women. These findings demonstrate the pressing need to scale-up HIV prevention strategies and to acknowledge and address the social and economic barriers—such as systemic racism, poverty, stigma, employment circumstances, housing instability, and lack of education—that contribute to health disparities.

Expanding routine and focused HIV testing (including self-testing) is an important tool to help eliminate disparities and improve health outcomes. Recent findings from the NHBS-Trans report show 82% of transgender women who do not have HIV were tested for HIV in the past year. This high percentage is encouraging, but we want to do more to continue to increase this number. CDC and NACCHO invite you to join us, in honor of NTHTD, in promoting free HIV self-testing kits for individuals to use or to give to others as part of a demonstration project. The goal is to ensure that people most in need of HIV self-testing kits, including transgender people, can access free self-tests to know their status.

When people know their HIV status, they can make decisions to protect and improve their health. If they have HIV, they can get in care and take antiretroviral therapy as soon as possible. In 2018, only 65% of transgender women and 72% of transgender men with diagnosed HIV were virally suppressed. For people who do not have HIV, tools such as condoms, pre-exposure prophylaxis (PrEP), post-exposure prophylaxis (PEP), and related support services are highly effective options for preventing HIV. Yet, only 32% of transgender women without HIV who participated in the NHBS-Trans survey reported using PrEP. We must continue to do more to ensure transgender women and all people with HIV or at risk of getting HIV know about and can access testing and these lifesaving treatment and prevention options.

We encourage you to help us raise awareness about the many HIV prevention options for transgender people and use the prevention materials for transgender people from CDC’s Let’s Stop HIV Together campaign. These materials are part of an expanded set of new prevention materials for all audiences. You can also help raise awareness by sharing social media content from CDC’s digital toolkit using the #NTHTD, #TransHIV, and #StopHIVTogether hashtags. 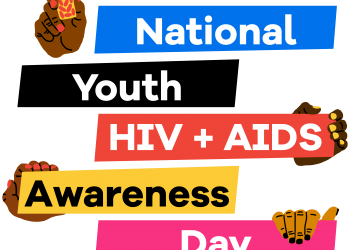 Gender-affirming care is crucial for trans and GNC youth to stay HIV negative...