On Sat. March 22, a massive mudslide buried a rural town in Snohomish County, WA, just 50 miles north of Seattle, which has engaged the local community in an extensive response effort. This devastating event, one of the worst mudslides in U.S. history, piled approximately 15 million cubic yards of mud, clay, and wood across the Stillaguamish River, state Highway 530, and into a community of homes, in total covering approximately one-square mile.[i] (View an interactive before and after map of the Washington State Oso Mudslide.) The death toll for this deadly disaster has been rising as search and rescue crews continue to look for survivors and identify victims.

Local, state, and federal responders have joined forced in this rescue, debris removal, and recovery effort. As of March 26, more than 65 members of the Washington National Guard had arrived, including 50 members from a specialized search and extraction team and two helicopters. Some specific state resources being provided to survivors include insurance, food and cash assistance, driver license replacement, and crisis counseling. Many agencies are involved with response efforts from law enforcement, rescue crews, medical examiners, utilities, and transportation. The response is complicated by a debris field with a high number of potential casualties, lack of electrical power, cold weather, and a lack of shelter nearby.[i]

In addition to government agencies working together, several non-profits and community organizations have also contributed to the evolving response and recovery. Since the disaster, Red Cross has mobilized response vehicles and nearly 100 trained workers to provide food, shelter, emotional support, and basic health needs. The workers collectively have served 3,800 meals and snacks, in addition to passing out comfort kits.[ii]

Volunteers of the Snohomish County Medical Reserve Corps (MRC) have also assisted in the response efforts. Snohomish MRC volunteers have been supplementing existing efforts working in the emergency call center and the emergency operations center. Volunteers are also helping in a family assistance center and continue to be on standby to assist as needed for any other type of response.[iv]

The Snohomish Health District shared that challenges to emergency plans and response continue to develop from the number of fatalities, the remoteness of affected communities (increased by the mudslide closing the major access road), food safety for hundreds of responders, sanitation amidst the debris and search effort, and more. The Health District was able to offer up H95 masks accumulated during the 2009 H1N1 pandemic at the request of the EOC.

For local health departments interested to learn about how to plan and prepare for mudslides, the CDC and other organizations offer useful resources. There are several health hazards associated with landslides and mudslides. Such hazards include: rapidly moving water with debris; broken electrical, water, gas, and sewage lines; and disrupted roadways and railways that can endanger motorists or reduce access to health care facilities. Such hazards can lead to injury and potentially loss of life.[v] As with any hazard, some communities are more vulnerable to these risks than others. Areas that might be more likely to experience landslides or mudflows include the following:

Health departments, emergency management, and other local agencies should work together in conducting hazard mitigation planning. As indicated in the graphic below, FEMA identifies the core steps to creating a mitigation plan as: (1) organize resources, (2) assess risks, (3) develop a mitigation plan, and (4) implement plan and monitor progress.[vi] In the context of landslides and mudslides, if a slope or specific area is identified as a hazard, mitigating steps should be taken such as planting low growing vegetation as ground cover. Land use planners can be a vital partner to both health department and emergency management professionals in determining the best mitigating steps for a particular community. Stakeholders from several local agencies, in addition to multi-jurisdictional partners, should continue to meet regularly over time to implement, monitor, and evaluate their hazard mitigation plans, as they relate to landslides and other identified hazards within a specific community. 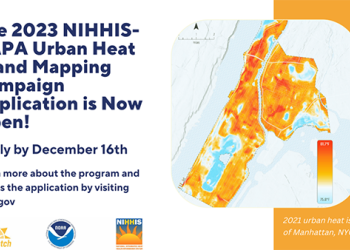 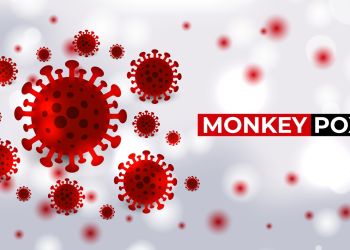 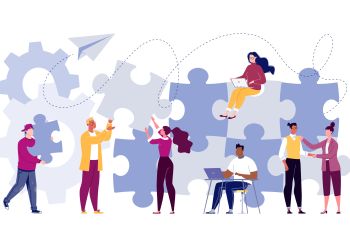