On Wednesday, a bipartisan group in Congress and the Biden administration came to an agreement on details for the long-awaited infrastructure deal. The deal authorizes $550 billion in new investments in our nation’s infrastructure, aiming to stimulate the recovering economy and make long-needed changes to a wide variety of infrastructure areas.

The deal aims to create 2 million jobs a year through the coming decade while addressing long-standing shortcomings in our national infrastructure. While the majority of the agreement is focused on transportation infrastructure, the deal also promises significant investments in important environmental health infrastructure. The infrastructure deal also keeps a focus on climate change, directing funds to clean energy infrastructure and expanding federal programs to support EV adaptation.

Investments relevant to public health include:

More details on the contents of the bill are below.

One area we are watching is on how the group would pay for the bill. Details on the bill’s pay-fors, or the sources Congress will leverage to pay for the bill’s contents, are still forthcoming. Senators say they have identified over $588 billion in potential funding, but many of the options are controversial, possibly nonviable, or not well fleshed out, leaving some uncertainty. For example, the bill would repurpose $205 billion in unused coronavirus relief funds, but its authors did not specify which fund pool would be tapped. This may pose a threat to public health relief dollars that have yet to be spent.

While the deal has a wide reach, the majority of its focus remains connected to America’s transportation infrastructure. The bill provides $110 billion to create and rehabilitate bridges, roads, and major infrastructure projects across the country.

Public transit received major investments as well. The deal would invest $39 billion in improving the national network of buses, rail cars, and other small-scale forms of public transit, as well as $66 billion to take care of longstanding railway maintenance issues as well as modernize the northeastern network of railroads and stations.

$17 billion is included in port infrastructure as well as $25 billion to carry out essential maintenance and improvements to airports.

The bill also makes a significant investment in American water infrastructure’s ability to respond to climate events, which have devastated communities across the nation. These funds would be spent on drought and flood protections and weatherization of existing systems, hoping to make our critical infrastructure more resilient to natural disasters.

Environmental cleanup and remediation received a major investment as well, with $21 billion for environmental cleanup measures. Cleanup efforts would focus on Superfund and brownfield sites as well as cleaning up abandoned resource extraction sites. The bill also includes $73 billion in overhauling our national energy infrastructure, which they say will improve and maintain power delivery systems while investing in research for clean energy technology. This week, the Senate adopted a budget resolution that sets in motion the... 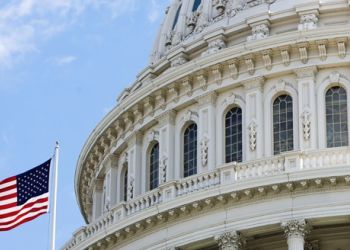 On Tuesday, the Senate Health, Education, Labor, and Pensions Committee held a...