The Southern U.S. bears a disproportionate burden – over 50% – of newly diagnosed cases of HIV. Here, outcomes along the HIV care continuum are among the lowest in the country, and disparities among minority populations are particularly pronounced. Disparities in HIV-related health outcomes are especially evident among minority populations living in the South, including men who have sex with men (MSM), youth, cisgender and transgender women, and PWID. Furthermore, while the South has only one-third of the U.S. population, it accounts for 44% of all people living with HIV (PLWH) in the U.S. PLWH in the South have lower rates of viral suppression and experience HIV death rates which are among the highest in the country, accounting for 47% of PLWH who died in 2013. To help local public health agencies reduce these disparities, NACCHO, in partnership with Cicatelli Associates, Inc., launched the Southern Initiative.

The Southern Initiative was a three-year initiative focused on four Ryan White HIV/AIDS Program (RWHAP) Part A jurisdictions: Atlanta, Houston, Memphis, and New Orleans. Within each jurisdiction, one organization was selected through a competitive application process to participate in the project. As project participants, each organization received funding and technical assistance (TA) to implement innovative and evidence-based/informed interventions and service delivery models aimed at improving outcomes across the HIV care continuum and reducing disparities among minority populations, particularly men who have sex with men (MSM), youth, cisgender and transgender women, and people who inject drugs (PWID).

This initiative was supported by the U.S. Department of Health and Human Services Secretary’s Minority AIDS Initiative Fund, and administered by the Health Resources and Services Administration (HRSA), HIV/AIDS Bureau (HAB), Division of Metropolitan HIV/AIDS Programs. 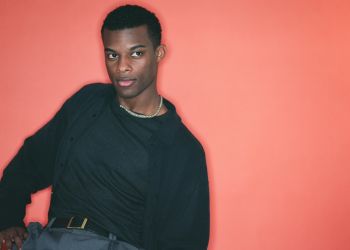 Lesson learned from the Southern Initiative, led by NACCHO and CAI to address disparities in HIV outcomes among minority populations in the South.