Disability has been defined by the World Health Organization as an impairment, activity limitation, or participation restriction resulting from the interaction of a person’s medical condition and a person’s environment.5 Disability can involve difficulties with hearing, seeing, moving, communicating, and thinking or learning, and can be visible or invisible. Examples of invisible disabilities are mental and psychosocial disabilities, chronic illnesses such as rheumatoid arthritis and multiple sclerosis, and hearing disabilities. It is important to note that the experience of disability can be created or worsened by a person’s environment, because of physical barriers which reduce accessibility, information and communication barriers. This is especially important for LHDs to note during emergency responses.

Nearly 20% of the US population has a disability—a percentage that is expected to rise as the population ages.6 However, disability is a nearly universal experience. As WHO Director General Dr. Margaret Chan remarked on IDPD 2014, “we must remind ourselves that disability is part of the human condition: all of us either are or will become disabled to one degree or another during the course of our lives.”7

How Local Health Departments Can Help

LHDs can contribute to global efforts by embracing this year’s IDPD theme and the three sub-themes:

To incorporate IDPD sub-themes into their work, LHDs can improve the inclusiveness and accessibility of their resources, find population statistics for the people with disabilities they serve and include populations with disabilities in community health assessment efforts, including preparedness efforts. For example, LHDs can plan to provide transportation for patients who receive dialysis in the event of a weather-related emergency.

For LHDs who want to do more to commemorate IDPD, UN Enable1 has the following suggestions:

NACCHO’s Health and Disability Project works to contribute to global disability inclusion and empowerment efforts by informing, educating, and supporting LHDs in their efforts to include and engage people with disabilities in everything they do. LHDs interested in improving disability inclusion and engagement can apply for technical assistance from the Health and Disability Project Team. Applicants will be considered on a rolling basis through this spring.

Fill out an application for technical assistance! 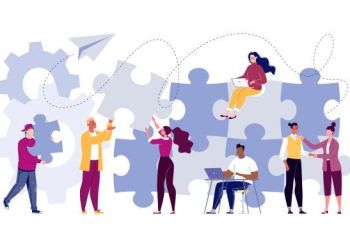