Medical Reserve Corps (MRC) units around the country are in the forefront of creating projects that address public health needs in their communities. Volunteers play an integral role in assisting local health departments before, during, and after disasters. As a result of budget cuts, local health departments increasingly rely on volunteers to supplement their efforts in the community. NACCHO, in partnership with the Office of the Assistant Secretary for Preparedness and Response (ASPR) Medical Reserve Corps Program Office, funded a total of 167 innovative community projects in the amount of $2.5 million from volunteer Medical Reserve Corps (MRC) units across the country. Each of the funded units will receive $15,000 to support their program.

NACCHO has provided funding for the MRC Challenge Awards since 2013. The Challenge Award program focuses on innovation in areas aligned with national health initiatives that are also significant at the local level. Beginning in spring 2016, the Challenge Awards will fund projects that benefit local communities in one of four focus areas: Community Resiliency, Chronic Disease Prevention, Partners for Empowered Communities, and Mental and Emotional Wellbeing.

The Medical Reserve Corps is a national group of nearly 200,000 local volunteers dedicated to improving the health and safety of their communities. Through a cooperative agreement with the ASPR MRC Program Office, NACCHO works to increase awareness and understanding of the MRC program; promote, support, and build capacity within the MRC network; enhance cooperation between the MRC Program Office and local and state authorities to support and increase MRC capacities at the local level; and expand the efforts and capabilities of local MRC units to support their community-based public health, preparedness and response initiatives.

The projects covered a broad range of public health issues, from addressing opioid addiction to making fresh produce more accessible in food deserts, to increasing public health preparedness with emergency training. The Virginia Beach MRC was awarded funding to implement a program targeted at preventing childhood obesity by educating students on healthy eating and the importance of physical activity. After their MRC’s successful support of the 2015 Papal visit, the Philadelphia MRC will educate regional partners and other nearby MRC units to encourage even more volunteers to respond in the event of an emergency. 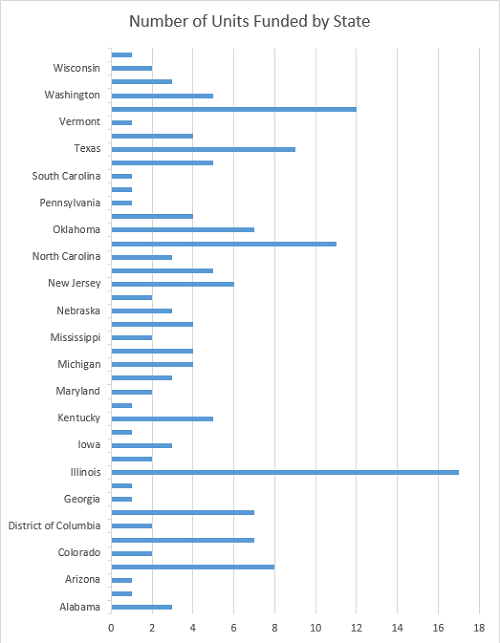 Stay tuned to the Preparedness Brief Blog throughout 2016 to hear more from funded units as they implement these innovative projects.