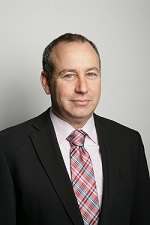 In the second year of the Preparedness Summit Podcast series, take a deeper dive into the subject of preparedness with some of the most fascinating Summit speakers. In this two-part post, Andrew Salkin, Chief Operating Officer of 100 Resilient Cities, shares more about this groundbreaking organization funded by the Rockefeller Foundation to help cities around the world become more resilient to physical, social, and economic challenges. Check back in to the Preparedness Brief Blog later this week to read part two. Download the full podcast here.

Will you tell us a little about 100 Resilient Cities and the work you do?

In 2013, the Rockefeller Foundation celebrated its 100th anniversary and decided to do something big and bold, but also transformative across the globe to mark the occasion. When they looked at what was going on in the world, the concept of resilience was something they had been working on quite a bit. It’s the idea that the world is changing, whether because of climate, more interconnected economies, or if or where different cultures are living together, especially in a city environments. In 2013 for the first time, 50 percent of the world’s population was living in an urban environment. The thought was, let’s work with 100 cities to help them begin to understand their risks, their shocks and stressors, their exposure to hazards in a more robust way that will lead to those cities to invest in this concept of resilience in a more aggressive, proactive way so that they are not only better prepared to handle challenges in the future, but also building better communities and urban centers today. The concept was that if we can make urban places better, then the world will be a better place.

For those that aren’t familiar with the initiative, are we talking about 100 American cities or 100 cities worldwide?

It’s 100 cities globally. Currently, we have 66 cities in the program, and later this spring we’re going to name the rest of the cities. Each city we partner with gets some funding. The one thing that we always help fund is a Chief Resilience Officer (CROs). The hope is that there’s a new person whose job is not the day-to-day emergencies of the city, but to help them take a step back and understand what their challenges are and begin to work across government silos and embrace the academic community, the private sector, the neighborhoods, all the pieces that make up the city and bring them together. We help fund a strategy that that city will create so they have a credible strategy that everyone is able to take action against and really work towards building resilience. We have a great network where we’ve linked the CROs, the mayors, the chief executives of cities together, to bundle that need together. We’re working with private sector partners, nonprofit partners, government partners to help provide services to cities to help them answer their resiliency challenges.

What was your previous position for New York City and how did you segue that into 100 Resilient Cities?

I entered government with this idea that local government is best positioned to have the greatest impact on its community. If it’s being done well and practiced in the right way it can be a real transformative piece.

I was fortunate enough to work for New York City for 16 years. During that time, I was exposed to many really interesting challenges. I was the Manhattan Commissioner of Transportation when 9/11 happened. That brought an opportunity to have federal, state, and city entities come together around the table to answer really tough questions and take action. I’ve seen firsthand how government can be transformative. I worked at the Taxi and Limousine Commission, which was able to inspire 2 million trips a day through its regulations, which puts it at almost the same size or bigger than many of the publicly-funded mass transit systems in the United States.

When I worked at the New York City Department of Finance, we began to say to ourselves, just because we’re collecting your money we don’t need to be bad at it or mean about it. We can actually be real partners with the community. We’re able to transform how people interact with government and it creates a real trust that then leads to partnerships and bonds. Take what happened in Ferguson, Missouri – one of the problems was police tactics, but another thing people might not know, is that the county relied a tremendous amount on the collections of summonses to fund their operating budget. When you create a community where the police, who are supposed to be protecting you, are trying to fine you and then when they fine you, you have to take a day off of work to stand in line to pay it or go to court to challenge it, it starts to erode that balance between community and government being partners. For me, government at its best is a partner and I think in New York City we were able to deal with a lot of complex problems, and we were able to do that at our best.

The thing that got me excited to be at this organization is working with 100 cities not one to begin to leverage cities helping each other. You imagine the challenges for urban spaces might ultimately be different between cities, but when you get down to it, they all involve neighborhoods, people having good quality jobs, different systems that support the city. We’re having this global conversation, regardless of what language each city speaks, it’s really the language of urban. We’re finding that these cities have a lot in common and they are sharing and teaching each other not just across languages languages but across developing and developed countries.

Check back in to the Preparedness Brief Blog later this week to read part two of Andrew Salkin’s interview.