We face environmental health threats every day in the air we breathe, the food we eat, and the homes in which we live. And though we are all susceptible, the level of risk experienced is not equal: For children, these threats pose an even greater risk to health than they do for adults. Children are a vulnerable population who, due to their still-developing bodies and particular exposure patterns, are uniquely susceptible to the influences of the world around them. The Environmental Protection Agency (EPA) is acknowledging that heightened risk throughout October for Children’s Health Month, an awareness initiative that focuses on the health hazards to which children are especially vulnerable.

Children are highly sensitive to their environments for a number of reasons. Because they are still growing, they consume more food, water, and air than adults do in proportion to their weight—meaning that, pound-for-pound, children are exposed to more contaminants than adults. With that continued growth comes continued development and the nervous, immune, respiratory, and reproductive systems of children exposed early in life to environmental toxins can suffer irreversible damage. And, children behave differently than adults, leading to different patterns of exposure. For instance, they crawl on the ground through dust and chemicals that accumulate on the floor and in the soil.

Exposure to environmental pollutants has been linked to the early onset of chronic conditions such as asthma, obesity, and heart disease. An estimated 6.8 million (9.3%) American children have asthma and 12.7 million (17%) are obese. Public health professionals need to be familiar with the unique experience of children, and educate communities on the best ways to keep some of their most vulnerable members safe and healthy.

Below are some of the environmental health threats to which children are most vulnerable.

Children experience more pronounced effects from air pollution—both indoor and outdoor—than do adults. Causes of outdoor air pollution include smog and particle pollution; indoor air pollution can be caused by secondhand smoke, radon, mold, asbestos, and indoor cooking fuels. Poor air quality in schools, where children spend a significant amount of their time, is of significant concern. Children who suffer from asthma or other respiratory diseases are at particular risk; poor air quality can exacerbate their symptoms or even cause their conditions to worsen. Local health departments should educate their communities about the importance of testing for radon, minding air quality alerts, and keeping their homes free of unnecessary irritants. Further, locals should educate their communities and leaders about the importance of legislation such as the Clean Power Plan.

Children’s Health Month this year is devoted to issues of climate change. Climate change related developments such as heat, air pollution, and a longer allergy season exacerbate the problems that already vulnerable populations, particularly those suffering from asthma and allergies, will experience. Heat can be especially problematic for children living in urban environments, as the heat island effect intensifies temperatures. Other climate change related impacts include increased prevalence of disease-carrying vectors such as mosquitoes and ticks; severe drought; and intense rainfall and storms. Local health departments should ensure they have plans in place to help mitigate the health effects of climate change, thereby ensuring that children are protected from its impacts.

Children who regularly spend time outdoors and are unaware of the threat that insects and other vectors pose are at a higher risk of contracting Lyme disease, Chikungunya virus, West Nile virus, and more—all of which can have long-term, and even fatal, effects. Another particular threat that has been in the news lately is Naegleria fowleri, more commonly known as the “brain-eating amoeba.” The amoeba causes a serious brain and spinal canal inflammation, and mainly affects children and young adults who have been swimming in warm, stagnant water. Local health departments should ensure they provide education to parents and community members around these various vector-borne diseases, particularly in the summer months when they are most likely to be contracted.

Children living in an estimated 4 million households are exposed to high levels of lead. Approximately half a million young children 1-5 years old have blood lead levels of above 5 micrograms per deciliter, the level at which the Centers for Disease Control and Prevention (CDC) recommends public health action be initiated. No safe blood lead level in children has been identified. Lead exposure, which often occurs with no obvious symptoms, can have lifelong developmental effects including memory problems, trouble paying attention, language impairments, and lack of cognitive flexibility. Small children are especially susceptible to lead exposure because they are likely to chew on lead-painted toys and put paint chips into their mouths. Low-income and African American children are at an even higher risk of experiencing lead poisoning. Local health departments should ensure they have strong lead poisoning prevention programs in place to work toward the Healthy People 2020 goal of eliminating elevated blood levels in children. 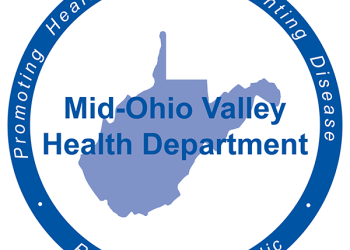 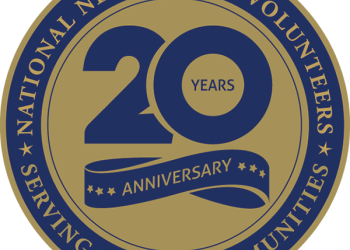 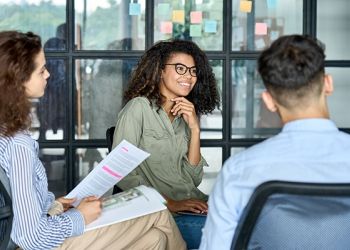