In 2016, the U.S. Food and Drug Administration (FDA) issued the “Food Safety and Modernization Act (FSMA) Final Rule for Mitigation Strategies to Protect Food Against Intentional Adulteration.” This final rule is “aimed at preventing intentional adulteration from acts intended to cause wide-scale harm to public health, including acts of terrorism targeting the food supply. Such acts, while not likely to occur, could cause illness, death, and economic disruption of the food supply absent mitigation strategies.”

Under this rule, each foreign and domestic food company required to register with the FDA as food facilities under the Federal Food, Drug, and Cosmetic (FD&C) Act must identify its vulnerabilities to intentional adulteration, and write a food defense plan designed around mitigation strategies to reduce the likelihood of an attack.

Since retail food businesses are exempt from this FSMA requirement, can we afford to adopt a “wait and see” attitude?

Over the past thirty years alone, intentional adulteration involving chemical, physical, and biological contaminants has touched the retail sector multiple times, grabbing headlines across the country. Motivations have varied, including public fear and revenge to religious, political, and cultural differences, but all have resulted in profound consequences. In 1984, the mass contamination of salad bars with Salmonella typhi in ten Wasco County, Oregon restaurants by members of a cult resulted in 751 severely ill customers. More recently, 48 diners in a Lenexa, Kansas Mexican restaurant were victimized by pesticide-contaminated salsa in 2009. In the spring of 2016, a man sprayed rodenticide onto open food displays in perhaps over a dozen Michigan grocery stores, causing widespread fear.

Terrorists may not distinguish between maliciously attacking large food companies that have implemented food defense strategies, and retail food businesses, which are among the softest of targets, with little to no security measures. Therefore, local health departments should begin having discussions with retail food businesses to assess intentional adulteration vulnerabilities, and implementing simple, low-cost food defense mitigation strategies.

What kinds of suspicious behaviors or situations indicative of intentional adulteration should retail food employees be vigilant for?

Local health departments should train and inform retail food employees on the suspicious behaviors and situations to recognize and report to management. Depending on the severity of each situation, reports would also be forwarded to the local police department and CCBH.

Examples of such behaviors or situations include the following:

Can customers play a role in retail food defense?

Intentional adulteration may also occur within the range of customers, especially in dining rooms and around self-service areas. Thus, it’s important for customers to be aware of and report suspicious behaviors before injury can occur. Local health departments can developed public-facing clings and placards to encourage members of the public to report anything that they think might contaminate food.

How can your health department maintain momentum for retail food defense?

Where can I find more information about retail food defense?

To close the workgroup year, NACCHO’s Immunization Workgroup reflected on the...

TheBodyPro has developed a repository of information about the intersection of...

Interim Guidance for Use of Pooling Procedures in...

The CDC recently released interim guidance for use of pooled testing for...

Interim Guidance for Use of Pooling Procedures in... 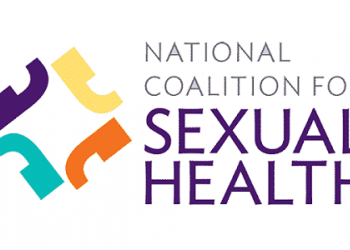 The National Coalition for Sexual Health and GLSEN released a new fact sheet,...

WHO released new guidelines for preventing mother-to-child transmission of...

Report: COVID-19 Could Lead to a Surge in Overdose Deaths

A recent article in Hep Magazine warns that the COVID-19 pandemic could worsen...

Report: COVID-19 Could Lead to a Surge in Overdose Deaths

Report: The Impact of COVID-19 on Hepatitis Elimination

The World Hepatitis Alliance published the findings of a global survey to...

Report: The Impact of COVID-19 on Hepatitis Elimination 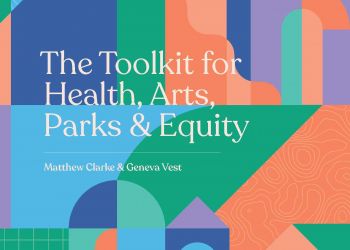 NACCHO announces the launch of The Toolkit for Health, Arts, Parks, and Equity...