When the call went out last month for Medical Reserve Corps (MRC) volunteers to support American and Afghan evacuees arriving at Dulles International Airport in Virginia the response was “amazing,” but it took a coordinated effort at the local, regional, state, and federal level for the MRC to respond. A series of strategic moves helped make it all come together.

Less than 24 hours after the initial request for support came in, qualified MRC volunteers were helping at the airport, located 26 miles west of downtown Washington, DC. In all, 294 volunteers would contribute 2,252 hours over a seven-day period. They staffed three, eight-hour shifts round the clock providing rapid COVID-19 testing, PPE fit testing, interpretation, and general support.

In Virginia, all volunteers are registered through the Virginia Volunteer Health System. This allowed for targeted messaging to go out to volunteers in six units throughout Northern Virginia based on qualifications. For general volunteers, 30 slots filled within five minutes. Organizers relied on Google Sheets for scheduling to allow for multiple units as well as regional and state level implementation.

To help track and fill the need for language interpreters, the statewide registration system had to be updated to account for Dari and Pashto languages in addition to Farsi. The request for language interpreters went viral, resulting in responses from across the country. Unit leaders needed to implement out-of-office messages directing those interested to the online application system.

During the deployment, 186 new applications to Northern Virginia MRC units were approved. Of those, 41 were added to the COVID-19 Dulles Testing Team and 29 served as interpreters. The administrative team with the Virginia MRC worked to quickly conduct background checks and on-board the new volunteers, implementing a recorded orientation session.

Kelley Gaske, COVID-19 Northwest Region MRC Coordinator with the Virginia Department of Health, helped to coordinate efforts across the Alexandria, Arlington, Fairfax, Loudoun, Prince William, and Rappahannock MRC units. This included large and small details including making sure that MRC t-shirts and badges were available on-site and that there was a lead volunteer at both the staging facility at a nearby hotel and at the airport to check-in and check-out volunteers. The deployment utilized the strengths of the units. For example, the Alexandria MRC has a strong fit testing team that was able to contribute volunteers along with the Fairfax County and Loudoun County MRCs.

“It’s pretty amazing teamwork,” said Kelley. “We told unit coordinators what we needed and they stepped up.”

Francis S. Rath, MRC Coordinator for Loudoun County, credited the regional response to the success of the deployment and said that “volunteers really felt honored to assist in getting those in need to safety.”

“The entire experience was humbling,” said MRC volunteer Laura Phonharath, whose mother first came to the United States as a refugee. Laura served as a runner for one shift, letting those who had been through one of eight rapid antigen testing stations know their COVID-19 test results, explaining the overall process to evacuees, and encouraging them to take advantage of available services.

Other volunteers, who had been in a similar position themselves to those arriving at Dulles International Airport, commented about how rewarding it was to give back.

“We have very competent and dedicated volunteers with unique skillsets that can rapidly deploy,” said Virginia MRC State Volunteer Coordinator Jennifer Freeland. “Never underestimate the willingness of volunteers or people who want to help.” 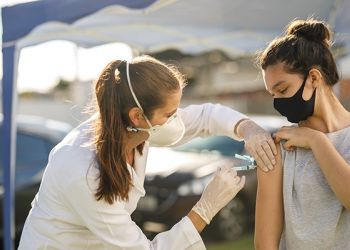 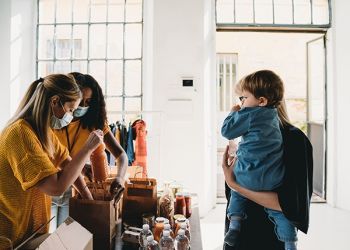 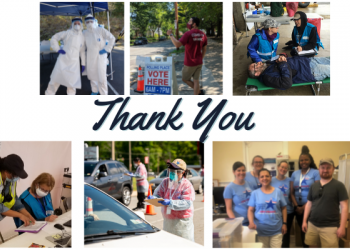 In celebration of National Volunteer Week, we are highlighting just a few of... 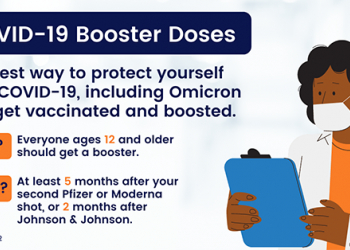 The Public Health Communications Collaborative has updated its Booster Dose... 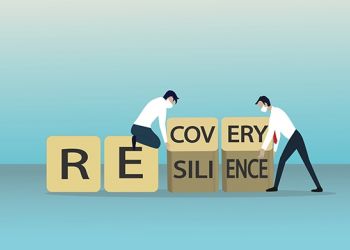 The HHS Office of the Assistant Secretary for Preparedness and Response (ASPR)...

Initial applications are due by June 6 for a FEMA funding notice for the...

Through May 6 FEMA is accepting nominations for a new emergency management...

FEMA has updated its state and local mitigation planning policy guides to... 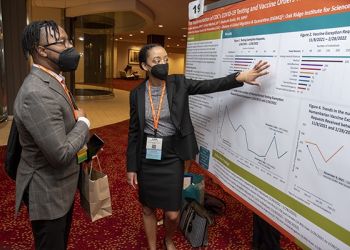 A record number of attendees—more than 2,200—gathered in Atlanta and virtually...